Dakota jumped out to a quick 3-0 lead in the top of the first inning on a three-run home run by sophomore pitcher Megan Nuechterlein.

Mercy (32-4) got a run in the bottom of the inning as senior Maggie Murphy (Miami of Ohio) drove in senior Grace Nieto (Northwestern).

Mercy cut the lead to 4-2 in the bottom of the second as freshman Kat Burras doubled to drive in sophomore Sabrina Shea, who was hit by a pitch.

Unphased by the two home runs, Mercy freshman pitcher Asia Barbato would control Dakota from that point on, making key adjustments. She would pitch through the sixth inning, not allowing another run, retiring 11 of 12 batters.

The Marlins took charge of the game in the fifth inning, scoring five runs to take an 7-4 lead.

Nieto started the rally with a single, moved to second on a sacrifice and

scored on a Murphy double for her 68th RBI of the season. Junior Kendall Spivey singled to score Murphy. Barbato got an infield single. Burras drove in Spivey and Barbato with a single to left field.

Mercy got its final run in the sixth inning as Nieto scored her third run of the game on a wild pickoff throw.

Dakota threatened in the top of the seventh as freshman Sophia Paluk came in the game in relief. But they could only score once to make the final, 8-5.

It will be Allen Park’s first semifinal appearance. Mercy won the state championship in 2016 with a 4-0 victory over Dakota. 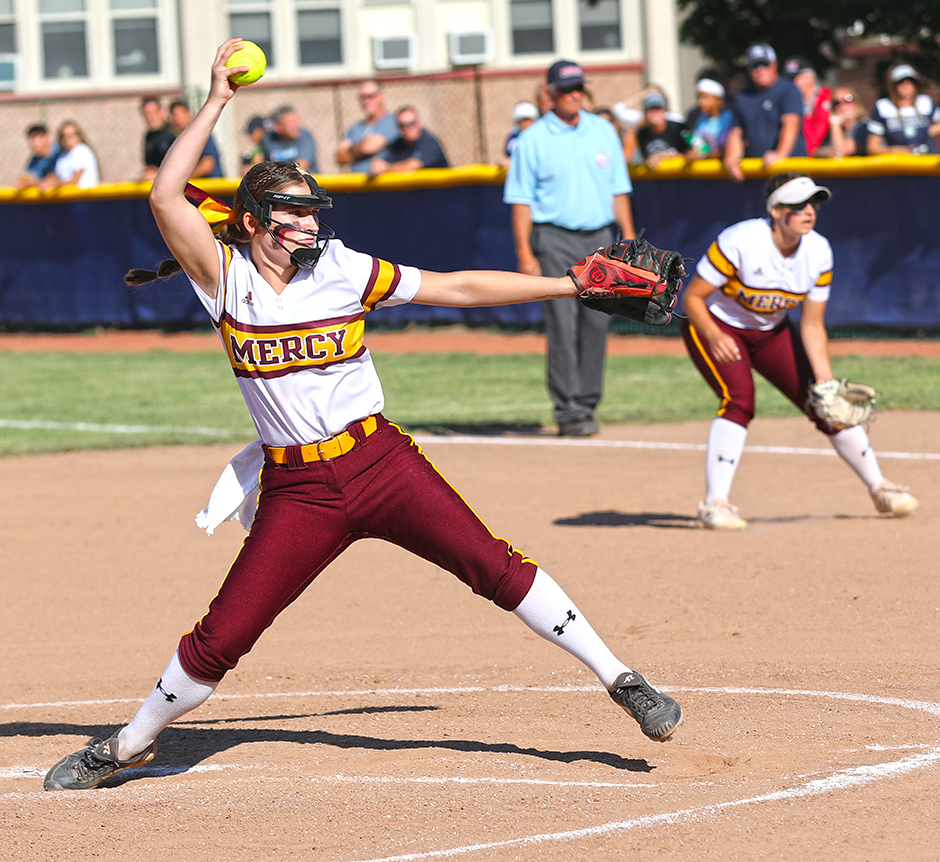 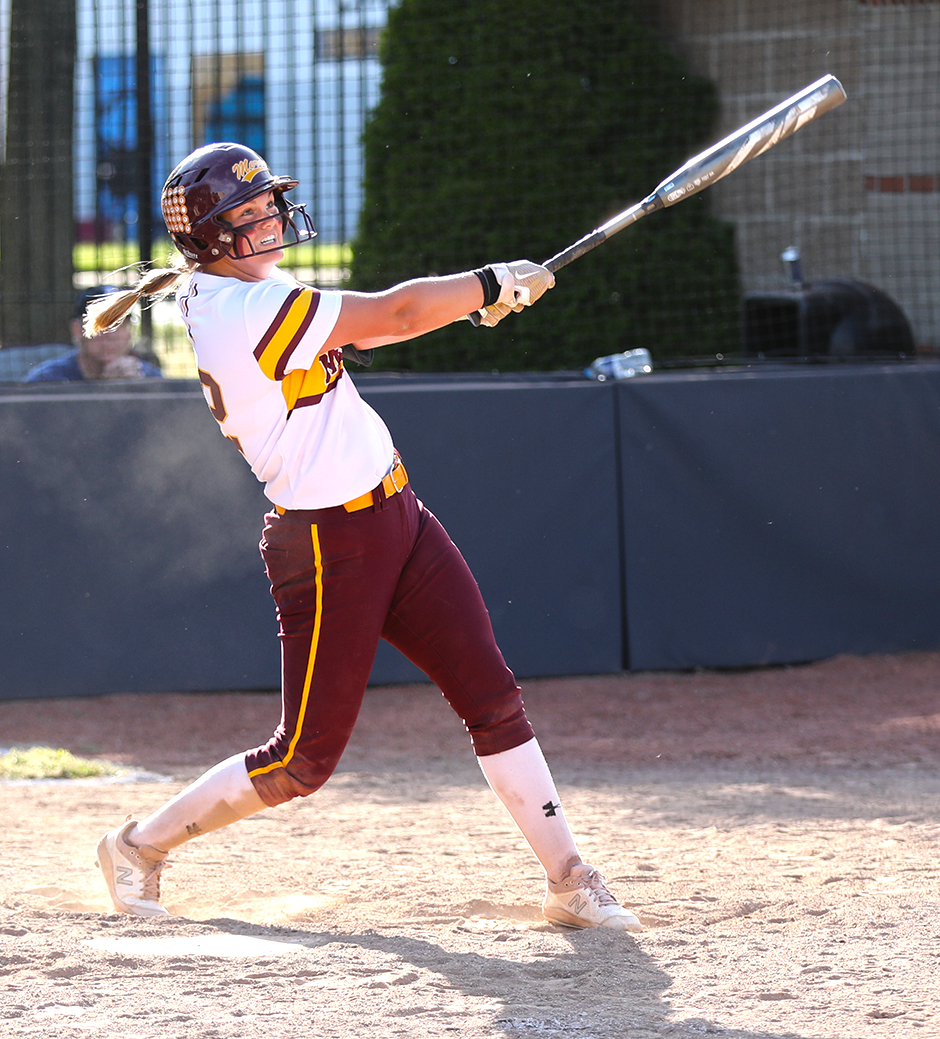 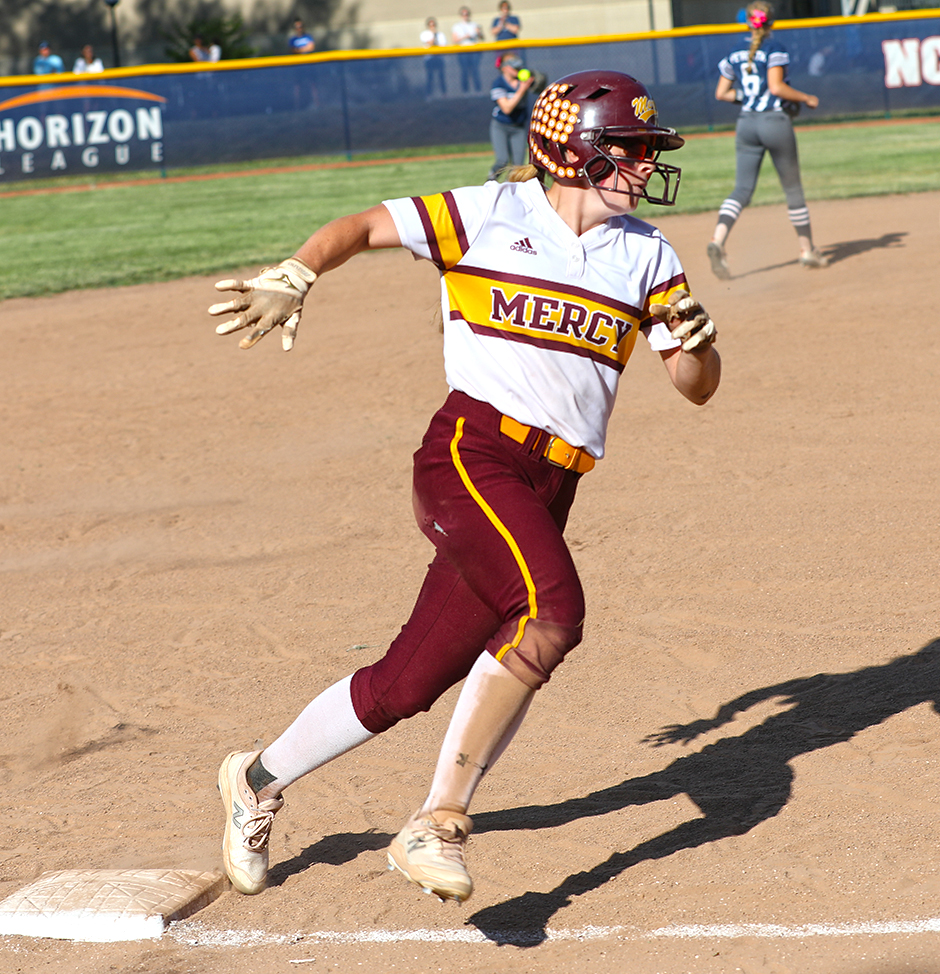